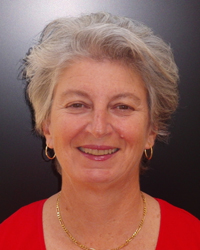 Adrienne Wax is Class A member of the LPGA.  She was born and raised in NYC, the daughter of a New York city cab driver — hardly the typical beginning for a fledgling executive or a golfer! The product of an inner city public school education, Adrienne worked her way through Lehman College, graduating at the ripe old age of 20 and attended Baruch College for her MBA.

She joined Wunderman, a division of Y&R, as an Account Executive and early on was recognized as one of the Up and Comers by Target Marketing Magazine. Adrienne moved quickly up the ranks—becoming a VP before age 30–and soon found herself running major pieces of business including Kraft Foods, Ameritech, Pfizer, UPS and others. Throughout her career, Adrienne took full advantage of her ability to play golf – first as a way to work her way up the corporate ladder, and ultimately as a way to build relationships with clients and prospective clients.

In 2002, Adrienne envisioned GolfingWomen with an eye toward helping other executive women learn to leverage a tool that had proven so successful in her own career. Drawing on the skills from her successful corporate career, Adrienne, along with Leslie Andrews, soon launched GolfingWomen. Using their contacts in the advertising and marketing worlds, they began to build their client base starting with Draft, an advertising agency, as the inaugural client of GolfingWomen.

What began as a pursuit of passion driven by her love of golf has evolved into a highly successful business. Due largely to Adrienne’s marketing expertise, the GolfingWomen client list now includes corporate clients such as Goldman Sachs, KPMG, CSFB, Deloitte, ICAP and business schools, including Harvard, Yale, Wharton, Tuck, Duke and NYU.